Porsche company showed the concept of the first Boxster in the far 1993 on Detroit motor show. At that moment Germans experienced a crisis and their samples were in the far corner of the show. The concept was the basis of an exposition and caused a real furor! Many approving feedbacks from mass media and potential buyers were directed to this model.

Stock Boxster with index 986 came from a conveyor only three years later. Appearance and saloon were a bit simplified, but the model was still in a huge demand. Boxster became the bestseller. The manufacturers even had to place an additional production on the plant of Finnish Valmet company. The primary plan in 15 000 vehicles was twice overfilled. The basic Boxster was offered with an engine of 5.28 pints and reached 204 hp. Three years passed and S-version appeared (5.63 pts, 253 hp).

The engines of an updated Boxster were significantly modernized. The standard engine became 0.35 pints larger (6.13 pts), 10 hp (255 hp) and 17 Nm (290 Nm) were added. The engine of S series became 15 hp more powerful (310 hp) and 20 Nm more tractive (360 Nm). A cylinder block is composed of two parts, not of four, as in the older 911 versions. The rigidity of the appliance was improved in such a way. Power units’ mass was diminished for almost 13,23 lbs. Friction losses were diminished for 5% thanking to usage of antifriction coating with diamond sputtering DLC (Diamond Like Carbon) and better quality of processing of all details. And one more thing – this engine was subject to direct fuel injection. This helped to improve flexibility and efficiency of the engine. 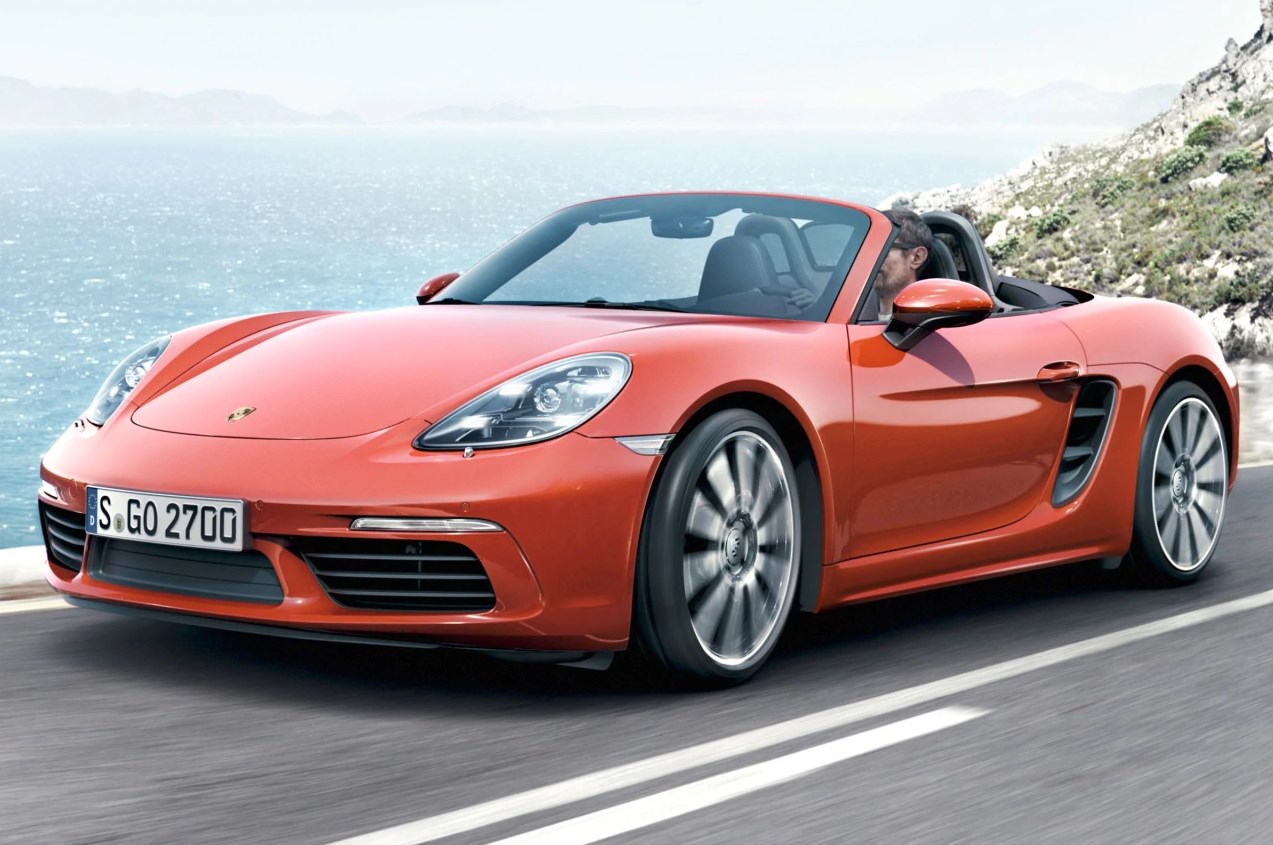 Boxster has got six-stepped transmission in the base instead of the previous five-stepped. But the main innovation was the integration of accessible PDK equipment (Porsche Doppelkupplungsgetriebe) – this is a seven-stepped preselective aggregate with two adhesions. The version for Boxster was created on the basis of transmission from the 911th Carrera. Different in size adhesions (6,02 and 7,95 inches in diameter) and hydraulic control block stayed invariable.

As a reminder, PDK is 60% faster than an automatic transmission and 24,25 lbs lighter. PDK has a Launch Control function for the maximally effective starting. It is necessary to switch the transmission to Sport Plus mode, press break pedal, press accelerator and, when an inscription “Launch Control Activated” appears, let the break pedal. At this moment there would be 6500 revos on a tachometer.

Inherently Boxster has the same construction as an original 1996 model. All modifications were applied in materials – there are some parts from aluminum and high-strength steel. Twisting rigity – 12500 Nm/degrees. A roof was made of cloth, as it is much more lightweight and compact than steel. The roof weight is 61,51 lbs. Speed of folding – 12 seconds.
Are you in UAE? Are you looking for your own Porsche Boxster? Try searching here!

What exactly is Travel Insurance policy and simply how much Does That Cost?